Help wanted sign posted in the window of 623 W 31st St, at the former site of ISS Market (review of the defunct ISS below the jump).

Peeping through the window a few weeks ago revealed elaborate amounts of decorative bamboo being set up in the space. The voicemail message sounded like an alien language overdubbed with a foreign language, so you might have to show some persistence to score this position. 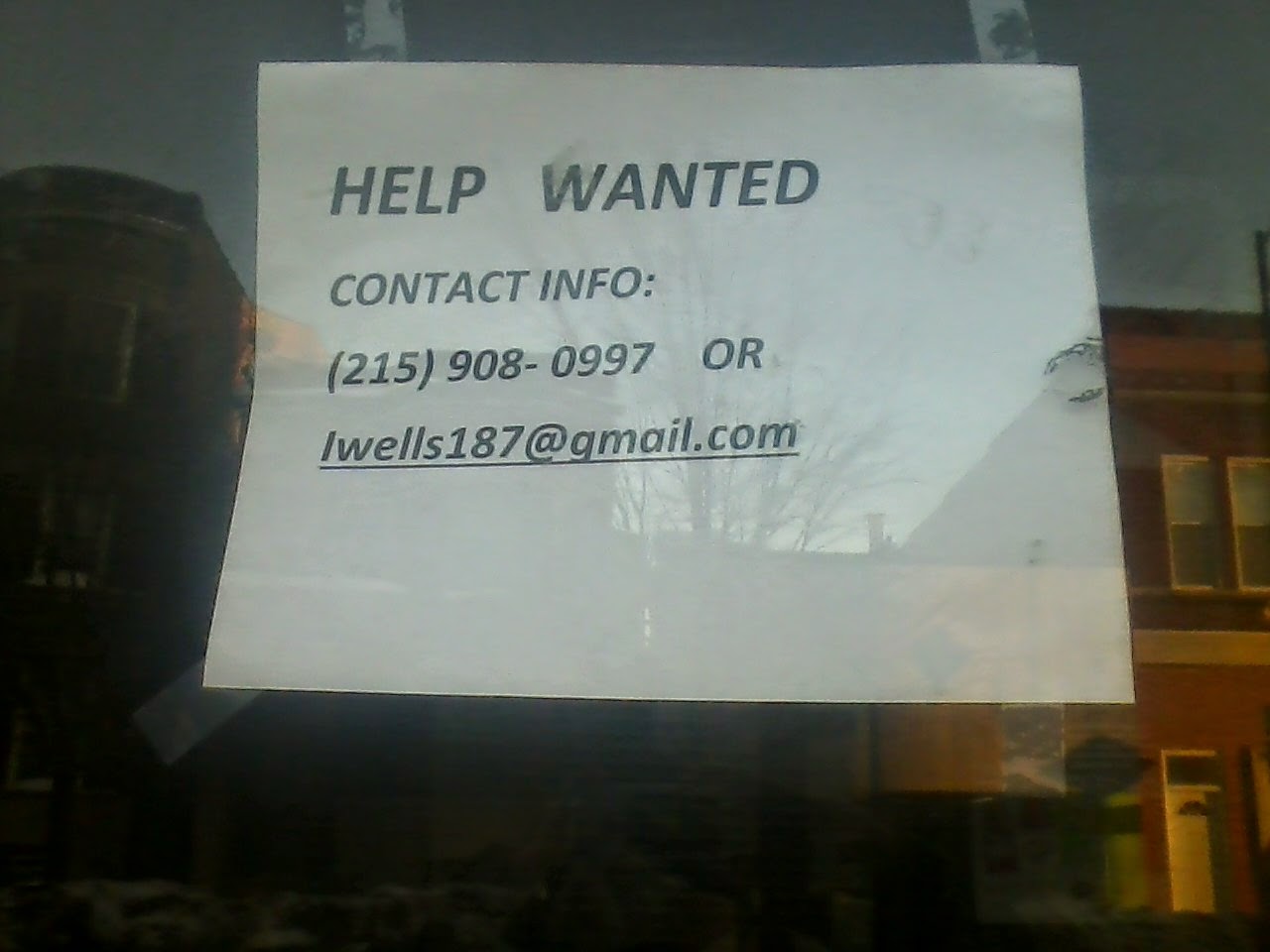 ISS Market - ISS Market is a family-owned food store. On the outside you see the painted windows declaring "Candy Store" but inside you find a huge selection from the popular Ziyad brand of Middle-Eastern products, Vitmo Fruit Beverages, and candy. A sign on the wall says they fix computers and unlock phones, and a Digiboo machine sits near the door. What is exciting is that ISS has plans in the near future to add a deli to include goat, lamb, and vegan sandwiches with a focus on international, organic, and healthy foods. ISS opened in July of 2013 and if they expand their selection as planned, this will be a hot DIVVY spot.

(review from Rene Paquin's article Divvy on Down, which you can read in our forthcoming issue. )
Posted by Reuben at 11:36 AM