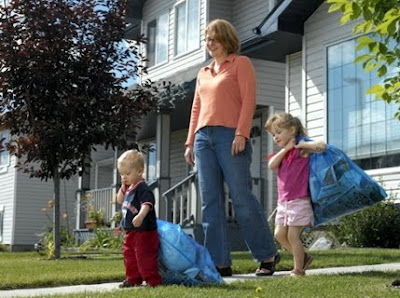 After selling off the skyway and municipal parking meters the Mayor wants to sell the city's blue bag recycling program. Next Up: Water.

From Chicago Now:
Facing mounting criticism over a painfully slow roll out of blue cart recycling, reports say that "Streets and Sanitation Commissioner Tom Byrne is working on a plan to privatize recycling to shave as much as $40 million off the $60 million annual cost."
+ The BI are pretty much against selling off public assets but we think the city's recycling program is ineffective and is a wasteful greenwashing campaign. Blue bagging is bullshit. Lets do the right thing and retire the blue bag program and come up with a better solution instead.
Posted by Public Media Institute at 5:20 PM