An Accident at 31st and Halsted 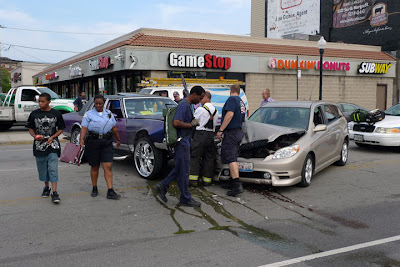 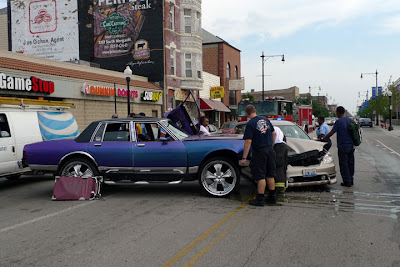 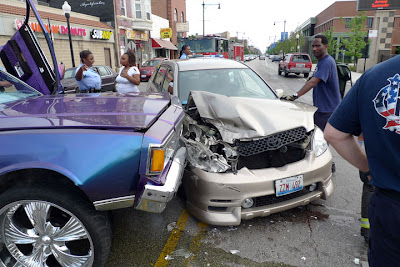 Today we passed by this wreck at the corner of 31st and Halsted by the 9th district police station. An officer at the scene wanted to arrest me because she said that it was illegal to take photos of accident scenes. I told Officer Williams, that if what she was saying was true then it seems unconstitutional to me. She replied that it was illegal because of Nine Eleven and wondered if i was going to post the images to facebook or twitter! I guess blogger counts!
Posted by Public Media Institute at 6:01 PM